Xi'an Botanical Garden has made new breakthroughs in slope protection

In recent years, with the full implementation of China's western development strategy, the construction of key national projects has begun gradually in the west, especially the construction of high-grade railway networks and highway network construction, which has greatly promoted the development of the national economy. However, the construction of highways has gradually advanced from the coastal plains to the hills and mountains. A large number of project constructions are bound to damage the original landforms and natural vegetation, resulting in a large area of exposed slopes. Failure to timely control may cause serious soil erosion (landslides, mud flows). ) Other natural disasters. The Chinese government has clearly stated that to build a well-to-do society in an all-round way, we must protect the ecological environment, coordinate the relationship between man and nature, and take a sustainable development path. How to quickly green the slope and restore the natural vegetation has become a hot spot for transportation, mining and other industries. 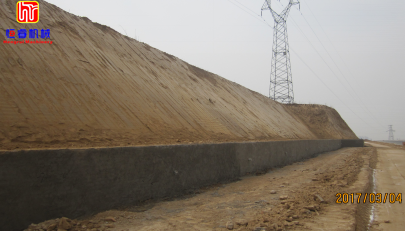 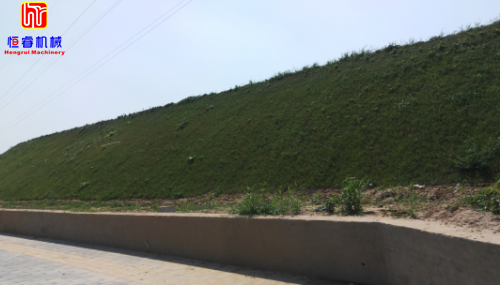 Since the introduction of slope-sweeping and seeding afforestation technology into China, it has been rapidly promoted and used in southern China's highway afforestation industry. It has now become an effective method for the restoration of ecological vegetation such as slopes, riverbanks, and mines in southern China, combined with China's vast territory, climate, and soil. The fact that the terrain varies greatly requires that the technology be adapted to local conditions when applied.

In order to solve the problem of phytoremediation of slopes in Xi'an and surrounding areas, Xi'an Botanical Garden organizes outstanding researchers to form a technical research team. According to the natural characteristics and ecological characteristics of the northwest region, the selection of spray-sinking plants should be used, and vegetation attachments should be reasonably selected to test different coverages repeatedly. The optimum composition and amount of fiber, binder, and water-retaining agent ingredients have been used to obtain suitable spray-sowing greening technology systems and construction process parameters in Shaanxi, and a SOP standard for slope-smearing broadcast sowing has been formulated. The team applied this technology to rapidly perform a large area of greening in Xi'an and surrounding areas.

After visiting the team's spray-planting green demonstration zone in Licheng District of Xianyang, the reporter interviewed Dr. Mao Zhuxin, who is responsible for spraying greening technology at the Xi'an Botanical Garden. According to Dr. Mao, the technology is based on the climatic characteristics of the northwestern region, and the reasonable proportions and appropriate pretreatment of drought-tolerant flowers, grasses, shrubs, and arbor seeds, as well as properly formulated covering fibers, binders, water retaining agents, soil conditioners, Stabilizers, microbial inoculants, and fertilizers are mixed together and uniformly sprayed and sown on soil or rock surfaces through a sprayer to establish a stable vegetation community. The technology focused on solving the survival problems of sprayed plants in the arid regions of northwestern China. The technical team first developed a composite hanging net technology and added mixed materials to ensure the stability of the sprayed and broadcasted surface. Secondly, a small reservoir of plant growth layer was formed by adding a water retaining agent. The high survival rate of the sown plants and the plant growth rate.

In the process of greening and sowing of slopes in the northwestern region, it is the key to choose different types of flowers and plants to irrigate the plants. In the process of construction, according to the difference of spraying and sowing repairing purposes and site conditions of vegetation growth, appropriate vegetation nets and growing grassroots spraying methods shall be selected to improve the connection between the basic level of plant growth and development and the slope body, prevent the landslide of the vegetation layer, and ensure the edge. Slope plant growth is stable in small environments, which in turn promotes the establishment of a stable ecological community of target plants.